Made for ‘Art in the Woods’ a sculpture trail in Holm Stye Woods, part of Holmfirth Arts Festival which had circus as its theme for 2016

The piece is based upon a fictional character,’ The Infant Phenomenon’, a child performer who appears in the novel Nicholas Nickleby by Charles Dickens. Ninetta is the beloved eight-year-old daughter of Mr. and Mrs. Crummles, the manager-actors of a troupe of strolling players in which Nicholas Nickleby is a performer.

Made in a collaboration with puppeteer Peter Morton. 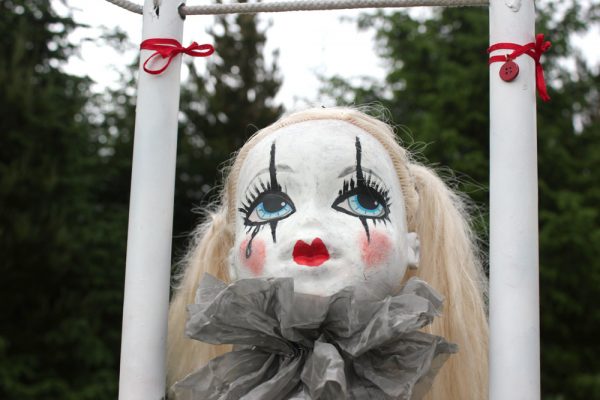 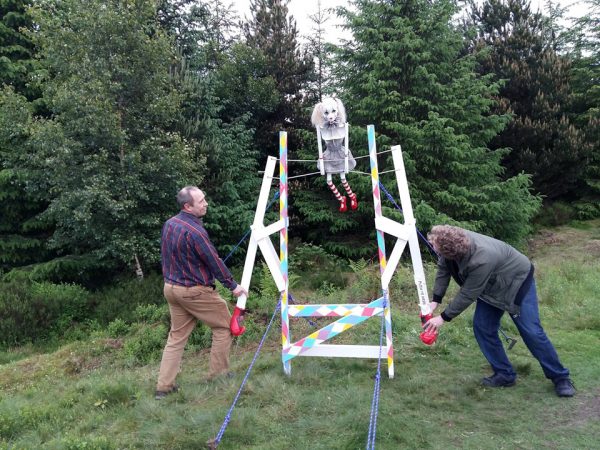 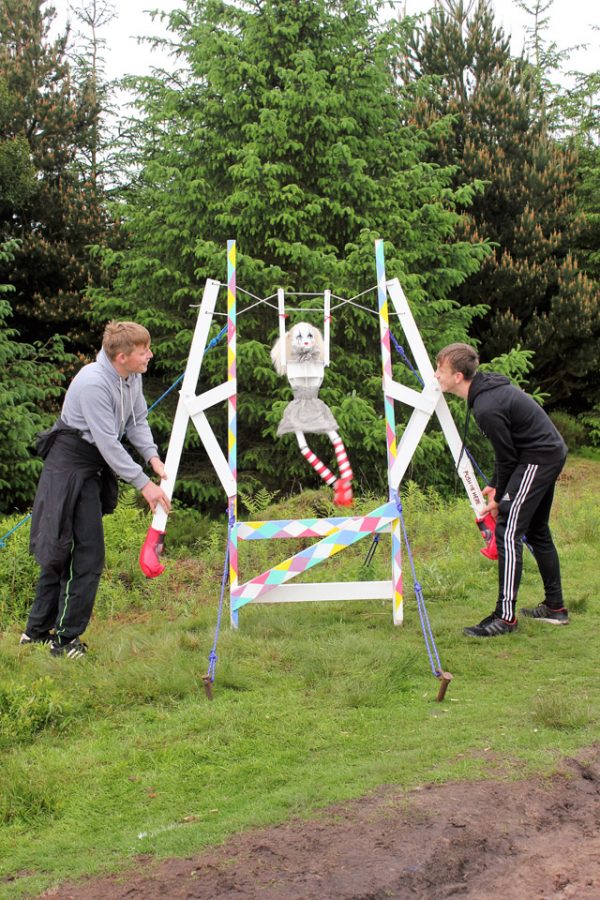