The installation ‘Stains’ was initially created as a site-responsive work for Eastbridge Hospital, a 12th century place of rest and respite for poor pilgrims to the shrine of the martyr Tomas Beckett in Canterbury Cathedral.

The fabric of the Eastbridge building and its historical associations influenced the choice of materials especially stained glass referencing ‘sacred’ art and the power of religious iconography. The old bedframe contrasts with the stained glass and its ability to transmit light: a fusion of the sacred and the profane, the light and the dark.
The reference to cathedral windows contains many ambiguities: the wiring could be barbed wire, or a crown of thorns. The woman is at the centre of the bed, at the intersection of religion, politics and sex.

This piece was developed further for the UCA MA show in September 2015 where it was shown with its companion grass bed: juxtaposing heaven and earth, the exalted and the buried.

‘Stains’ was also exhibited in the Menier Gallery, Southwark in February 2016 and went on to win the 2016 Ashurst Emerging Sculptor Award. 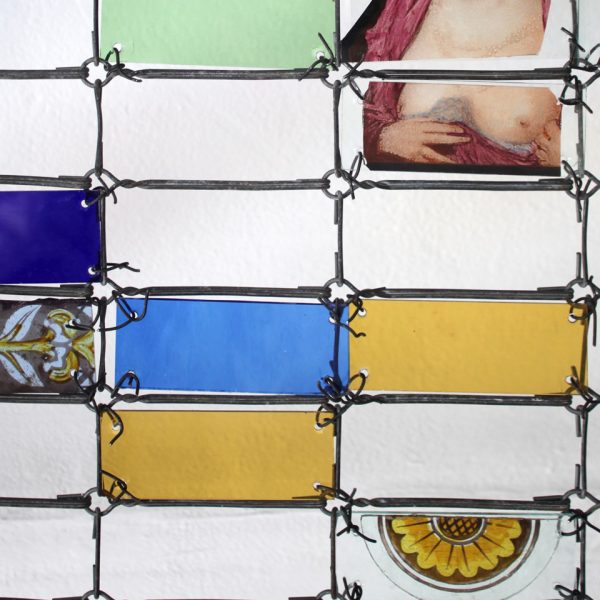 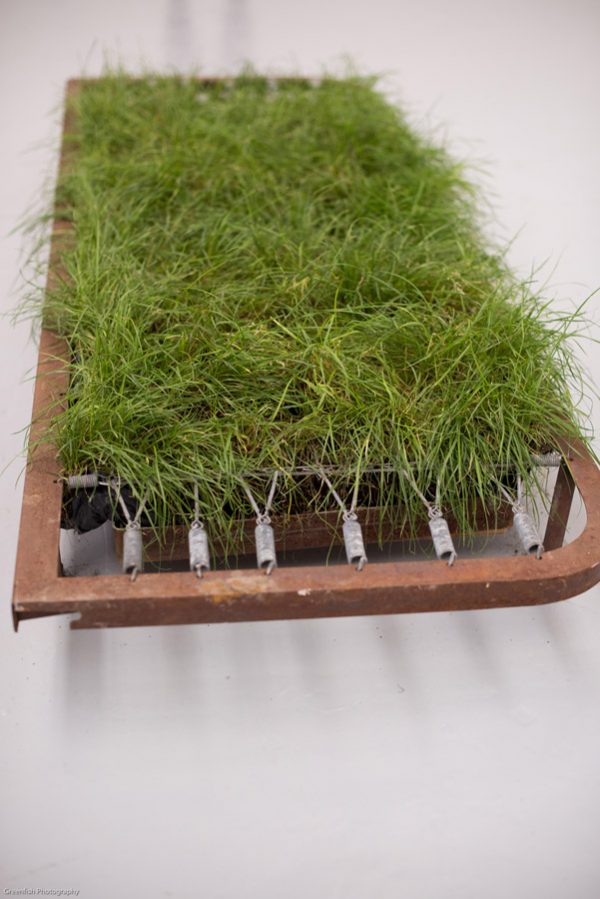 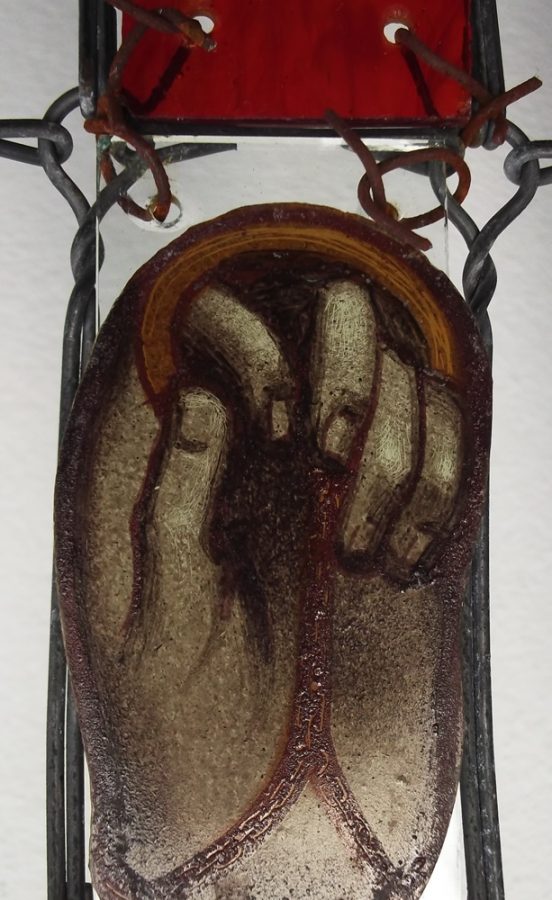 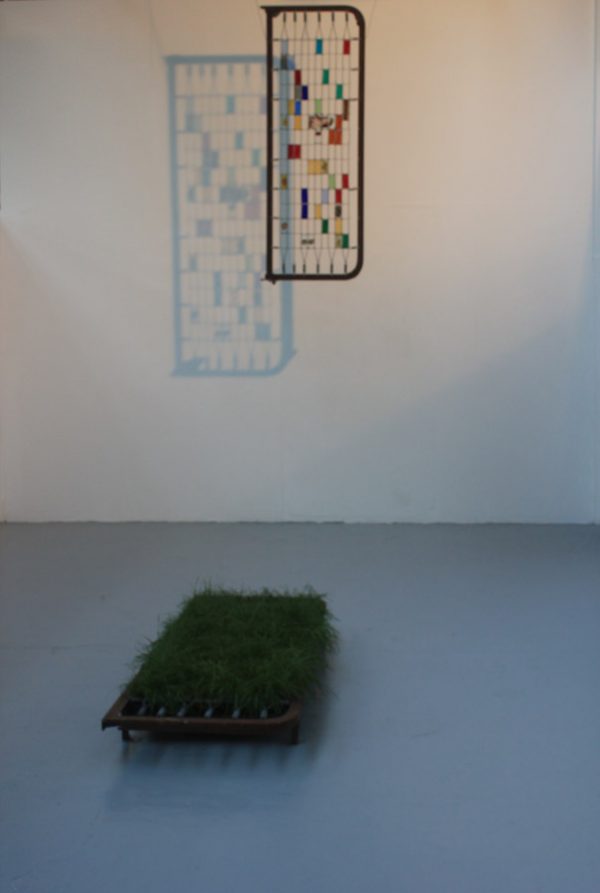 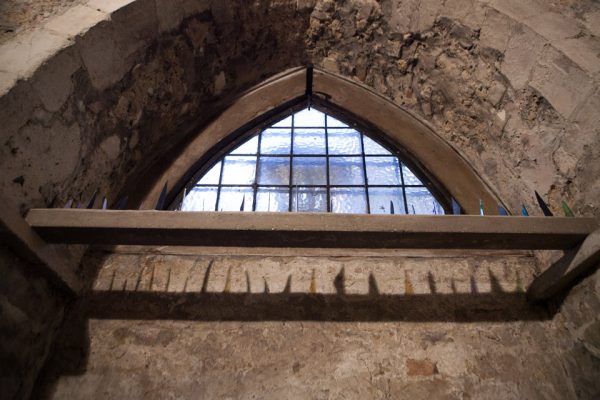